Once Fat Cells Get Fat, They Stay Fat 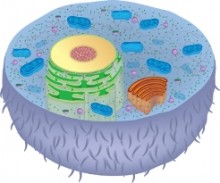 As our nation and the entire world fights the obesity epidemic, researchers continue to find out more about this complex disease. A new study from theUniversityofMichiganfound that as obesity sets in, fat cells become fatter and burn fat slower—at least in mice.

Fat cells communicate with each other through a molecule called Sfrp5 (couldn’t they have come up with an easier-to-remember name?). Sfrp5 is not your friend, at least not if you are struggling with your weight—it influences your fat cells to grow larger and slow down the rate at which they burn fat.  Sfrp5 is found in greater levels in obese mice.

The researchers were able to breed mice that were unable to produce Sfrp5. These mice had just as many fat cells as the normal mice—but these fat cells didn’t add fat and grow bigger, even with a high-fat diet.  The reason seems to be that without Sfrp5, the energy-producing mitochondria were able to ramp up energy production in response to the added calorie load and prevent the cells from accumulating additional fat.

Who said that obesity is simply a matter of calories in and calories out?

This entry was posted in In the News and tagged Bariatric surgery news, Obesity News, Once Fat Cells Get Fat, They Stay Fat. Bookmark the permalink.
Start Your New Life Today